LearnBuddy.in » Blog » How to develop thinking and learning skills in kids? 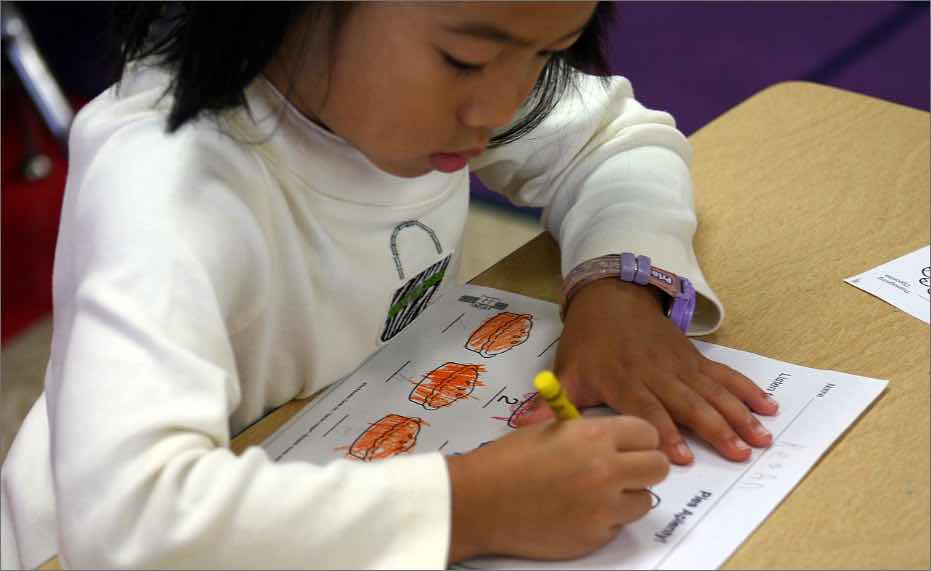 How to develop thinking and learning skills in kids?

Every other beautiful monument, every structured building has one thing in common – A strong foundation or base, as you like to call it. Only when the foundation of anything is laid down precisely, does the structure turn out to be strong and magnanimous!

Similar is the case while laying down building blocks to your child’s thinking and learning capacities. The base here becomes the way children are exposed to learning environment. Which channels do you use, how do you encourage your child to put their thinking caps on and come up with something out of the box becomes important.

The world is how you see it

While your tiny toddler is getting to know the world, the first thing he/she uses are the five senses. His understanding of the world comes with the things he touches, sees, listens to, tastes and feels.

Swiss biologist and psychologist Jean Piaget (1896-1980), came up with the “Theory of Cognitive Development” [1]. The sensorimotor stage is the earliest in Piaget’s theory. He described this period as a time of tremendous growth and change. Here, kids develop thinking and learning skills as they come into contact with the world.

This is how they make cognitive connections in the brain. These activities help build up neural pathways that control their vision, movement, and language.

As they tend to do things repeatedly, their brain strengthens those circuits and helps make things easier. Thus, it is advised for us parents to make up a routine for kids to follow as they are growing up.

Let them babble, until their words make sense

Kids start making various sounds and imitate what mum or dad is talking while growing up. Only later development of these sounds take place as they use words, then sentences and then reading a little. This is a crucial time for us parents to foster an environment filled with language for them.

Reading bedtime stories to them is a beginner for us to induce sounds and words into their minds which make sense.

These ideas shall help them to make their verbal and imaginary connections stronger in their brain. Along with this, it also fosters their social skills. Why do we say this? Because communication is the very first step in socialising.

If your child does not make verbal connections with the world in the very tiny age,it is a worry. There is a very fair possibility, that in the future he or she might have trouble initiating conversations wherever needed.

Learning through Logic and Reasoning

What, where, when and why?

These are big words – logic and reasoning. They begin to take shape in the minds of your tiny toddlers when they start attending school and are exposed to various complex concepts.

Have they ever come up to you and asked questions like;

Quench this thirst of curiosity. This is the time our kids become ‘detectives’. They are now interested in solving mysteries and watching thrillers. Give their brains a push, throw more questions at them to ponder, mysteries to solve and puzzles to develop better connections and faster reflexes.

As kids tend to develop reasoning, their ability to do math at school, increase their vocabulary and understand Shakespeare’s plots also increases. In this time, give them plots and problems and ask them to make sense of it in a given period of time.

Put them in others’ shoes

This is also the time when our children begin to feel an array of emotions as they grow. The curiosity to know things, the frustration regarding their physical changes, the feelings of love, affection, sadness, temper all tends to come up to them together.

As a parent, simplify these emotions for them and help them mark the difference between sympathy and empathy, eustress and distress.

Thus, the whole process of thinking and learning is a result of dual factors. It works on combination of neural pathways and external factors. We, parents, their school, media, peer group all of these factors play a role in their cognitive development.

Nature played its role in giving them a shape which we call a body and a brain. Now it is nurture that has a significant role to play for nature to bring out the best in our kids. For this to take place, Expose them to good things in the world, Quench their curiosity at all the right times and Foster their development in all the right ways!

LearnBuddy offers a holistic learning experience for your child with diverse topics of interest, personalised learning plan, milestone checkpoints and much more. Explore…